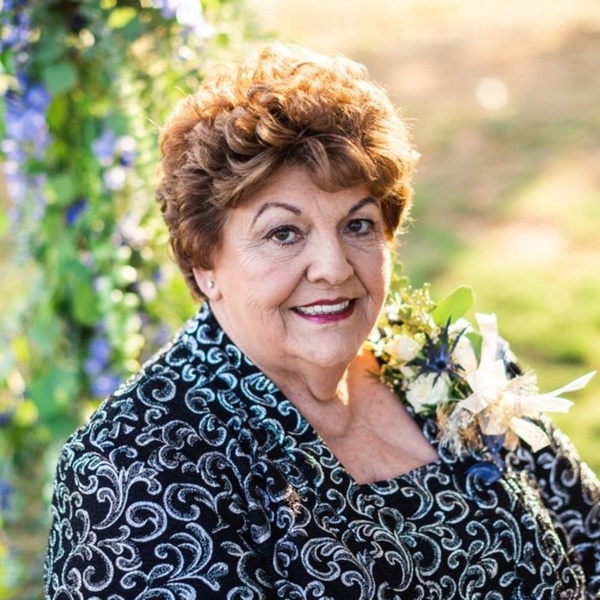 A celebration of life for Bettie Sue Wooten Rogers, age 78, will be held Monday, January 18, 2021 at 1 pm at Tuscumbia Baptist Church, Corinth, MS. Due to Covid-19, her request was to keep everyone safe, so no public visitation will be held. The family has requested that masks be worn and social distancing be observed. The service will be broadcast by FM transmitter to the church parking lot for those that would like to attend. The service will be officiated by her pastor, Reverend Rodney Whittemore and the eulogy will be given by her daughter, Robbie. Mrs. Rogers passed away peacefully on Friday, January 15, 2021 surrounded by her family. She was born August 4, 1942 in Alcorn County, MS to the late James Herman and Laura Ophelia Elizabeth (Mullins) Wooten. She accepted the Lord as her personal Savior in August, 1952 and was a faithful member of Tuscumbia Baptist Church until her health declined. She was a Sunday School teacher, church clerk, a VBS director and a faithful prayer warrior and encourager. Mrs. Rogers retired with 30 years of service from the Alcorn School District as a remedial reading assistant and bus driver, where she developed lifelong relationships with her students. She was a champion for children and will be remembered for the love she shown those in her care. Her girls were the heart of her life. She was a Girl Scout leader and little league coach. Her grandchildren knew her as the taxi driver, piggy bank, motivator, mentor, rescuer and the one who gave them unconditional love. Her goal in life was to lead people to a relationship with the Lord. She never met a stranger and somehow the conversation always turned to their relationship with God. Her life was truly marked by servanthood and always put other’s needs ahead of her own. Bettie married the love of her life, Robert Collin Rogers, on December 30, 1962. Their wedding was the first wedding held at Tuscumbia Baptist Church. She loved her church and church family. Mrs. Rogers is survived by her husband of 58 years, Robert Collin Rogers; “her girls” and her son-in-law that she loved like a son, Gina Rogers Smith (Alan) and Robbie Rogers Coleman, all of Kossuth; her four grandchildren, Audriana Elizabeth Smith Guy (Jonathan) of Brandon, MS, James Slater Rogers Smith (Abby), of Ridgeland, MS; Dr. Annaleigh Elizabeth Coleman Beard (Dr.Chris Beard) of Oklahoma City, OK, and Darbie Kate Coleman Jarnagin (Joel) of Southaven, MS; her brother, Herman Ray Wooten (Patsy) of Corinth, MS and her sister, Jean Wilkins (Jesse) of Glen, MS. Her nieces and nephews, Max King, Jolene Wilkins Fretwell (Brandon) and Dr. Justin Wilkins (Dr. Amanda Wilkins) and their families. In addition to her beloved parents she was preceded in death by her sisters, Lewell Wooten Jarnagin (Larry) and Shelia Jane Wooten. Pallbearers will be her grandsons and nephews: Slater Smith, Jonathan Guy, Chris Beard, Joel Jarnagin, Justin Wilkins and Max King. Honorary pallbearers will be: Brandon Fretwell, Braxton Fretwell, Bryce Fretwell, Austin Wilkins, Tim Wilbanks, Tim Chapman, Shane Glissen, Vernon Wooten, and the men of Tuscumbia Baptist Church. In lieu of flowers, the family request memorials to be sent to Tuscumbia Baptist Church Family Life Center or The Gideons International – “so that all may come to know Jesus”. Magnolia Funeral Home – East has been honored to care for the family of Bettie Sue Rogers.https://www.tributeslides.com/tributes/show/PS35XQZWCY8JMS7N
To order memorial trees or send flowers to the family in memory of Bettie Sue Wooten Rogers, please visit our flower store.