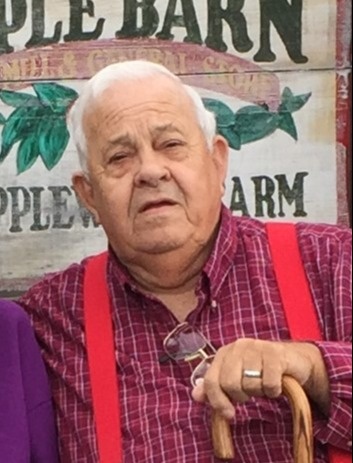 A Celebration of Life service for Charles Edward Holt, 89 of Corinth, MS, will be Tuesday, March 8, 2022  at 11:30 A M at Magnolia Funeral Home – East Chapel with military honors.  Interment will follow at Corinth National Cemetery.  Dr. Tommy Vinson and Dr. Randy Bostick will officiate the service.  Visitation will be Monday, March 7, 2022 from 5:00 P M to 7:00 P M and Tuesday, March 8, 2022 from 10:30 A M until service time at Magnolia Funeral Home – East.  Mr. Holt passed away Thursday, March 3, 2022 at Magnolia Regional Health Center.  He was born June 22, 1932 in Walnut, MS to Charles Turner Holt and Lorene Guynes Holt. Mr. Holt served his country in the U S Army during the Korean war and was a member of Oakland Baptist Church. He worked for Bemis Bag Company for 19 years, Tyrone for 9 years, and retired as a maintenance clerk at Kimberly Clark after 12 years of service.  He was an avid reader, loved traveling with his wife and spending time with his grandchildren.  He enjoyed watching all sports and was very proud of his Choctaw Indian heritage.  Charles is survived by his wife of 69 years, Helen Williams Holt; his sons, Randy E. Holt (Susan) and Lanny C. Holt; his daughter, Tammy Holt; three grandchildren, Aidan Holt, Michaela Holt and Carleigh Holt; numerous nieces, nephews, other relatives and a host of friends.  He was preceded in death by his father, Charles Turner Holt; his mother, Lorene Guynes Holt; his brothers, Grady Holt, Dan Holt, Benny Holt and John Holt and his sisters, Christine Roth and Maxine Burcham.  Pallbearers will be Aidan Holt, Jeff Holt, Mark Holt and Tony Hurst.  In Lieu of flowers donations may be made to St. Jude Children’s Research Hospital or La Bonheur Children’s Hospital.   Magnolia Funeral Home has been honored to serve the family of Mr. Charles Edward Holt.

To order memorial trees or send flowers to the family in memory of Charles Holt, please visit our flower store.

Send a Sympathy Gift
In memory of Charles Holt, please consider making a donation to one of the following charities: