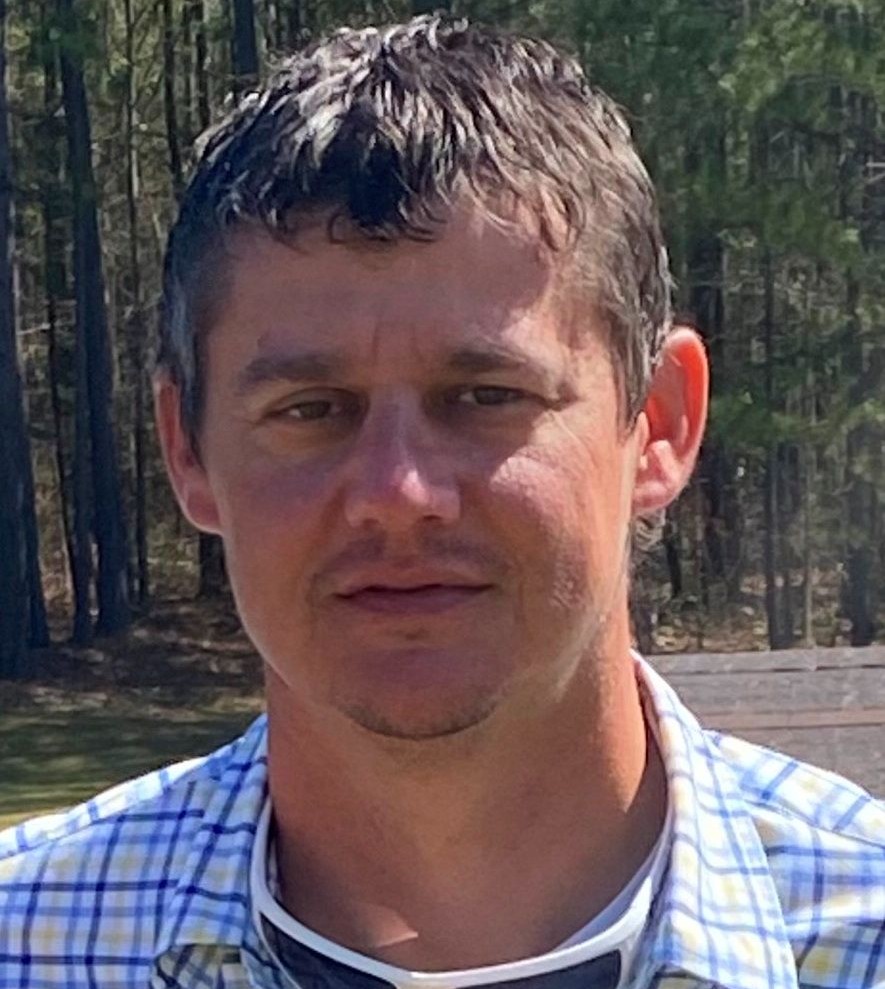 Daniel Matthew Threadgill, age 41, was completely healed on October 5th as he took his last breath. He was escorted by angels into heaven and immediately was face to face with his Lord an Savior to live eternally. Born on July 24, 1980 he was the son of Milton and Joyce Threadgill. He graduated from Hatley High School in Monroe County, attended Welch College in Nashville Tennessee and graduated from Mississippi State. On May 22, 2004, he married the love of his life, Anna Carter Threadgill. They enjoyed 17 years together and had three beautiful children, Skylar, Easton and Blakely, all of the home. Daniel loved life, he loved the outdoors, he enjoyed hunting and fishing. He enjoyed watching his kids participate in church, school and sport functions. He was blessed to go to the country of Ukraine with the Men’s Ministry at Holly Church. He loved holidays and gathering around the table with laughter and making memories! He loved spending time with his family and of course, he loved football and baseball. Daniel began his coaching career as assistant baseball coach at Nettleton High School from 2007-2009. He later became the head baseball coach at Kossuth High School where he was honored to coach talented players that won their first state championship in 2013. He then became the head baseball coach at Vancleave, MS, then returned home to Kossuth High School where he taught and coached through 2021. Daniel loved the Lord. He loved his church and church family and he believed in prayer and being a servant! Daniel would tell you his greatest accomplishment was his wife and family, and his greatest championship win was being a dad! Daniel was a member of Holly Baptist Church in Corinth, but his citizenship is in heaven. Daniel is survived by his loving wife, Anna; daughters, Skylar and Blakely, one son, Easton; his parents, Milton and Joyce Threadgill; brother, Kevin Threadgill (Amy); sister, Sha Smith (David); nieces, Jayla Thompson, Lauren and Rebekah Threadgill and nephew, John David Smith. He was preceded in death by his grandparents, G.D. and Georgia Kuykendall and Luke and Christine Threadgill. A Celebration of Life service will be held at 11:00 A M on Friday, October 8, 2021 at Holly Baptist Church in Corinth with Bro. Thomas Magers and Bro. Lloyd Sweatt officiating, with a private family burial to follow in Fellowship Cemetery, Ripley, MS. Visitation will be held on Thursday afternoon from 4:00 P M to 8:00 P M at Holly Baptist Church. Those attending as pallbearers are Jack Clark, Matthew Addison, Matt Crowder, Josh Crowder, Robert Burdette and Steve Lyles. Honorary pallbearers are Brett Benjamin and Mike Crowder. Memorials may be given to the Coach Daniel Threadgill Memorial Scholarship Fund at Farmers and Merchants Bank. Magnolia Funeral Home has been honored to serve the family of Mr. Daniel Matthew Threadgill.

To order memorial trees or send flowers to the family in memory of Daniel Matthew Threadgill, please visit our flower store.
Send a Sympathy Card