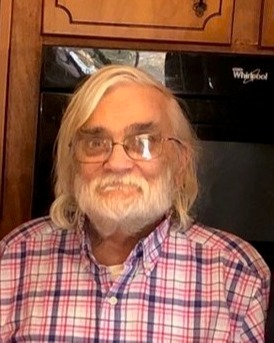 Funeral services for David "Butch" Collum, 73 of Michie, TN are set for Thursday, December 29, 2022 at 11am at Magnolia Funeral Home - East with interment in Carter Cemetery. Visitation will be Thursday, December 29, 2022 from 9:30am - 11am at Magnolia Funeral Home - East. Bro. Luke Styers will officiate the service. Born November 4, 1949 in Memphis, TN., Butch passed away on Friday, December 23, 2022 in Nashville, TN. He was a retired welder for Caterpillar and of the Christian faith.  He loved his family and friends and enjoyed fishing, wood working and playing with his dog, Rocky. Butch is survived by his sons, Chris Collum and wife Libbie and Brian Collum and wife Georgianna; 7 grandchildren, Phoebe Collum, Ellie Collum, Thomas Collum, Cassidy Hopper and husband Chandler, Rebekah Collum, Sarai Collum and Parker Collum; one great grandson, Chance Hopper; several nieces, nephews, other relatives and a host of friends. He is preceded in death by his wife, Margaret Collum; father, Earl Collum; mother, Marie Gray Collum and his brother, Donald Collum. Magnolia Funeral Home has been honored to serve the family of Mr. David "Butch" Earl Collum.

To order memorial trees or send flowers to the family in memory of David "Butch" Collum, please visit our flower store.