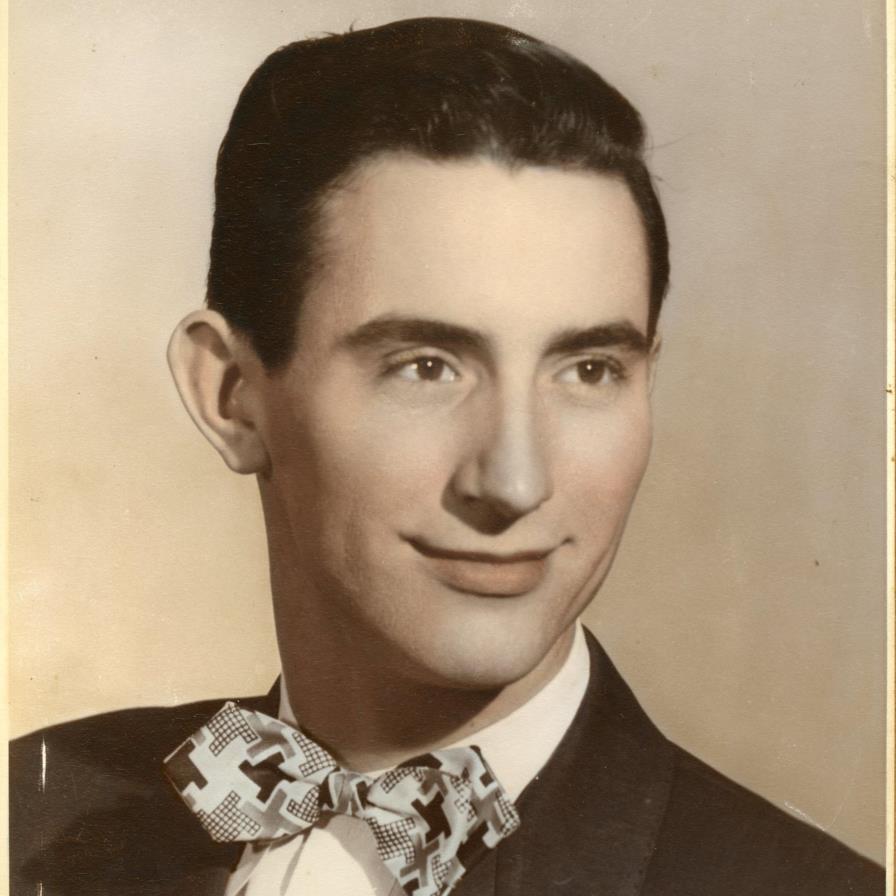 Franklin Odell Henson was born on April 25, 1933 in Tyronza, Arkansas. He was raised in Florence, Alabama and in Alabama his heart remained until he met the love of his life. He met Maxine Floyd Henson in church (imagine that). He was visiting a little country church and saw her. He leaned across and whispered to his fellow preacher friend, “See that woman right there? I’m going to marry her.” Maxine and Franklin were married (and remained married for almost 60 years) and moved home to Mississippi. Mississippi is where Franklin planted his roots. It is where he built a house and a home and lived an exemplary life. Franklin became and remained assistant pastor for decades at Mt Olive Church of God, the same little country church where he met the love of his life. He worked at the Gateway handle mill in downtown for over 30 years. No, he wasn’t an educated man, but he was a man of great character. His laugh would fill a room. He could make anyone at ease. He had a smile that could melt ice. He was genuine, loving, kind, and Godly. “Pop”, as he affectionately became known to his children, 5 grandchildren, and 3 great-grandchildren was in love until the day he passed away. His eyes lit up when he saw his bride even in his darkest moments battling Alzheimer’s. Pop’s legacy lives on in the hands of Benjamin as he battles the very pandemic that claimed his beloved Grandfather. It lives on in the loving hands of his son Steve as he cares for his father’s bride in her grief. It lives on in the sparkling mischievous eyes of his beautiful and rambunctious great-grandsons. It lives on in the hearts of so many at the small church he served for so many years. It lives on in the work ethic of his children and grandchildren. It lives on in the unforgettable memories of laughter in the hearts and minds of anyone who was honored to hear his booming laughter. He has passed to his great reward after 87 years of an amazing life, but he will not be forgotten by those who were blessed to know him. Rev. Franklin O. Henson born April 25, 1933 left this life peaceably and went home to be with his Lord and Savior Jesus Christ on December 26, 2020. At home in Heaven, he joined many of his beloved family members who preceded him on this journey. These included his Father and Mother, Benjamin Henson and Birdie Tyler Henson, his brother Herrold Henson, his sister Alta and husband JD Tippett and a brother-in-law, Noble Blalock. He was also able to join his Father-in-law and Mother-in-law, Lillard (Boots) and Arizona Floyd and brother in law, Randel Floyd. Those left to miss his friendly smile, his joyful laugh and loving disposition are his wife of almost 60 years, Maxine Henson, his two sons who loved him dearly and their families: Stephen and Sandy Henson and Philip Henson and Patsy Henson: his grandchildren of whom he loved to brag: Addison Henson and partner Zach Killough, Chloe’ Henson, Benjamin and wife Kh’ierra Henson, Caleb Henson, and Isabella Henson. His oldest grandchild, Addison presented him with his only great-grands Riley, Roman, and Thomas whom he adored. He is also survived by his oldest sister, Alfreida Blalock, a Sister in law, Sue Floyd, and numerous nieces and nephews whom he loved dearly and who loved him. Also left to miss his companionship is a brother in law Billy and wife Hilda Floyd with whom he enjoyed traveling to see many exciting places and enjoyable times together. There will be a small service for family only on Thursday afternoon at Magnolia Funeral Home – South Chapel followed by burial at Williams Cemetery on CR 335. This will be live-streamed on FB on the site Mt. Olive Church of God. Officiating will be Rev. Don Boren, sons Stephen and Philip Henson. Honorary Pallbearers will be family friend, Roger Shadburn, neighbor, Gary Bishop; Grandsons, Benjamin and Caleb Henson; brother-in-law, Bill Floyd; Nephews, Danny Tippett, Randy Blalock, Sidney Floyd, and fellow board members at Mt Olive Church of God, Randy Lambert and Nathan Burcham. Online condolences can be made at magnoliafuneralhome.net. Magnolia Funeral Home – South is honored to care for the family of Franklin Henson. https://www.tributeslides.com/tributes/show/TJR5YH536FW4BW3N
To order memorial trees or send flowers to the family in memory of Franklin Odell Henson, please visit our flower store.