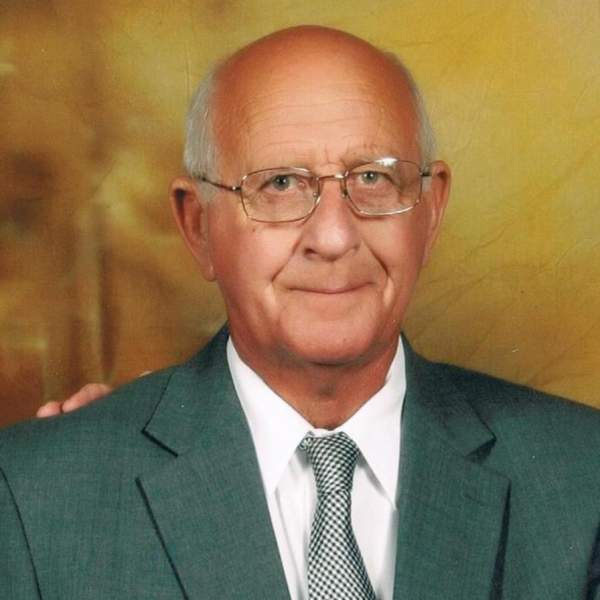 Funeral services for Gary D. Mitchell, 77 of Corinth, MS are scheduled for Wednesday, October 28, 2020 at 1:00 PM at Kossuth Baptist Church with interment to follow at The Mitchell Family Cemetery. Visitation will be Tuesday, October 27, 2020 from 5:00 PM until 8:00 PM and Wednesday, October 28, 2020 from 12:00 PM until service time at Kossuth Baptist Church. Mr. Mitchell passed away at his home in Kossuth, MS, surrounded by his family after an extended illness. He was determined to endure several medical challenges throughout difficult illnesses, wanting to survive as long as he could for the sake of his grandchildren - especially his late son’s children. Mr. Mitchell was a 1961 graduate of Kossuth High School. He was a lifetime farmer and was known for his strenuous work ethic, sharp business sense, and determination. He built a very successful farming operation alongside his late son, Doug. He was a board member with several agricultural related committees. His farming legacy will continue through his grandsons, Mack and Douglas Kyle (DK). Mr. Mitchell had a strong love for his Lord, his church, and his church family. He was a long term deacon at Kossuth Baptist Church. His strong affinity and talent with children led him to keep the children in the church’s nursery for 28 years. His love for children also was obvious with the attention and playfulness he demonstrated towards his grandchildren and great-grandchildren. His love and devotion for his family as a whole was obvious by anyone who spoke with him for any amount of time. Mr. Mitchell leaves behind several friends, who all knew he would come to their aid, no matter how busy he was on the farm or the time of day or night. He was known to always lend a helping hand, even staying with several different friends who were ailing over the years, in order to give their families some relief. He possessed a soft spot in his heart, especially for the elderly, often going to visit them and frequently bringing an assortment of farm equipment to provide assistance with any outdoor needs. Once he was finished planting or harvesting crops, he was known to go assist other farmers who had yet not completed the task. He is survived by his wife of 57 years, Linda Dellinger Mitchell; daughters, Amy Gillmore (Brad) and Mary Ellen Tomlinson (John); daughter-in-law, Tracy Mitchell; his grandchildren Hannah Gillmore, Katie Stanford (Landon), Gary M. Mitchell (Hannah), Douglas Kyle Mitchell (Brooke), Hughes Tomlinson, Mandy Rowsey, Sarah Mitchell, Andrew Rowsey, Meredith Gillmore, John William Tomlinson, and Gabe Gillmore; great-grandchildren Madi Grace Stanford, Aiden K. Mitchell, Rhett M. Stanford, and Parks Mitchell; brothers, Larry Mitchell and Lionel Mitchell of Kossuth, Dale Mitchell of Fulton; sister, Jane Robbins of Kossuth; a special niece, Mikki Moore of Corinth, and nephew, Brad Mitchell of Kossuth. He was preceded in death by his parents, Lionel D Mitchell, Sr. and Letha Letson Mitchell; son, Doug Mitchell; great-grandsons, Job Stanford and Noah Stanford; a special niece, Marla Mitchell Shettles, as well as his sisters, Joan Morton and Barbara Greenhaw. Bro. Keith Fields, Bro. Bubba Lollar, Dr. James Ronald Mitchell will officiate the service. Gary’s twin brother, Larry B. Mitchell will deliver the eulogy. Pallbearers will be Steve Wilbanks, Johnny Mitchell, Jose Ruiz, Sr., Wade Moore, Larry King, Brad Mitchell, Ray Flores, and Jamie Crum. Honorary pallbearers will be the Deacons of Kossuth Baptist Church, Jesse Curtis, Greg Johnsey, Jose Ruiz, Jr., and Andreas Gomez. The family would like to express their gratitude to Kelly Thornton and her staff at Faith Family Clinic for their wonderful care and devotion during this difficult time, as well as to the staff at Magnolia Funeral Home and Encompass Hospice. In lieu of flowers, Mr. Mitchell preferred donations to either Kossuth Baptist Church or to Global Works International Ministries (400 Office Park Drive, Suite 230, Birmingham, AL 35223), as well as donations of Gideon’s Bibles. Mr. Mitchell's service will be live-streamed on the Kossuth Baptist Church Facebook page. https://www.tributeslides.com/tributes/show/ZXPQF5GH79WDSY6T
To order memorial trees or send flowers to the family in memory of Gary D. Mitchell, please visit our flower store.