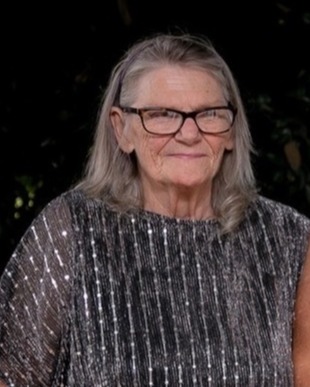 Glenda Franks, 73, of Savannah, TN, passed away on Tuesday, November 15, 2022 at her residence. Born in Hohenwald, TN on October 15, 1949 to the late Eunis and Frances McMahon Thompson, she was employed with Brown Shoe Company and later worked as a nurse’s aide at Harbert Hills Nursing Home. Glenda was a member of Shady Grove Free Will Baptist Church and will forever be remembered in the hearts of her family and friends. Visitation is scheduled to start at 5 pm on Thursday, November 17, 2022 at Shady Grove Free Will Baptist Church. A Celebration of Glenda’s life will be held at 1 pm Friday, November 18, 2022 at Shady Grove Free Will Baptist Church with interment to follow in Lutts Cemetery. Bro. Carl Hughes and Bro. Randy Caroll will officiate the service. Magnolia Funeral Home – East is entrusted with the arrangements. Those left to honor Glenda’s memory include her husband of 57 years, Edward Franks; her son, David Franks (Crystal); her daughter, Paula Tacker (Ty); her grandchildren, Chasity Putnam, Brittany Angotti (Caleb), Zachary Tacker, and Dexter Tacker (Jessie); her great grandchildren, Jaycie Hamm, Rosie Tacker, and Penelope Tacker; her brother, Vernon Fay Thompson (Kim); other relatives and a host of friends. In addition to her parents, Glenda was preceded in death by sisters, Brenda Eddington and Linda Thompson; and her brother, Ronnie Thompson. Pallbearers will be Randy Eddington, Richard Melson, Daniel Melson, Nick Thompson, Stephen Franks and Danny Melson.  Online condolences may be expressed at magnoliafuneralhome.net.

To order memorial trees or send flowers to the family in memory of Glenda Franks, please visit our flower store.