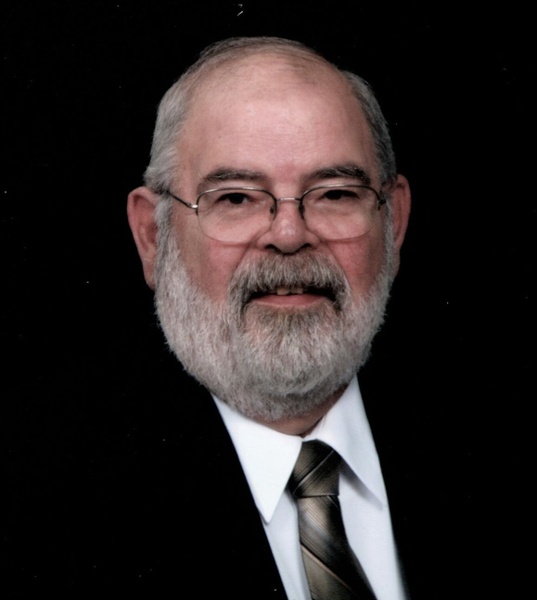 On February 1, 2022 Guy Leslie Judkins left this life and entered into the loving arms of his heavenly Father.  Guy was born April 8, 1947 in Indianapolis, IN to Elmer Joe Judkins and Marian Elizabeth Hickman Judkins.  He attended the first eight years of school in New Whiteland IN.  When his father was transferred with his job to St. Louis MO, he attended his high school years at Riverview Gardens High School where he graduated in 1965.  Guy joined the Navy in Indianapolis in 1965.

While stationed at NAS Millington, TN, he met the love of his life, Gale Pace, in Memphis.  They married there in 1969 and enjoyed a blessed marriage of 52 ½ years.  After completing his tour of duty in Maryland in 1970, they moved to Tulsa OK where he attended and graduated from Spartan School of Aeronautics.  His first job turned out to be at the local airport in Corinth MS where he planned to gain some experience and then apply to FedEx in Memphis.  But they fell in love with this pretty town, made many friends and found a wonderful church home.  They decided this was where they wanted to raise their children.

After working at Corinth Airport and McNairy Co Airport for several years, he eventually started his own business, Corinth Small Engines LLC.  He was proud to be able to do that.  When an opportunity came to work at Caterpillar, he took it.  He retired from there in 2006 after 19 years, where he made many friends.

Guy made his decision to follow Christ in the spring of 1970 in Tulsa.  They joined Cincinnati Ave Baptist Church.  After relocating to Corinth in 1971, they joined Tate Baptist Church and have been active members ever since.  Guy enjoyed every role he had: working with the small children in Sunday School (and often reminisced about them and the funny things they would say and do); he loved music and enjoyed singing in the church choir.  He had a very nice bass voice.  He enjoyed serving on several committees, working with children in AWANAs, serving on the kitchen committee where he competed with his friend, Ronnie Martin, to see who was really in charge of the rest of the staff for the Wednesday night meals.

He was an avid fisherman for most of his life.  He was a founding member of North MS Bassmasters, Inc, a fishing organization that held tournaments and benefits for forty years.  He enjoyed fishing with that group of men and sharing the “fish got away” stories with the members and treasured those friendships.  He was privileged to have as a long-time fishing partner, Bro. Joe Spencer.  Those two hit the lake regularly until the last year, when a back problem prevented Guy from participating very often in the sport he loved.

Guy enjoyed college sports, especially football.  He was an Ole Miss Rebels fan.  He enjoyed NASCAR most of his life, and in his youth was part of a pit crew with some friends from high school who raced at dirt tracks.  When his sons got interested in go carts, he served as their person-of-one pit crewman.  He loved it. Guy enthusiastically enjoyed watching and rooting for any activity his sons took on.  He was their biggest fan and rarely missed a football or soccer game they played.  He also supported his wife in her quest to study their family history and took her on many trips to do just that.  When asked by people about his genealogy hobby, he quickly informed them that he appreciated the information, but he was “just” the driver and copy machine operator, and dinner companion only.  She considered him much more than that on those trips, of course (he had been known to rescue her from livestock while she attempted a tombstone photo in a pasture or removed a snake in waist high grass in another old cemetery), and he would listen as she happily shared her latest find.

Guy is survived by his wife, Gale Pace Judkins, son, John Leslie Judkins (Tabatha) of Oxford MS; grandchildren Julianna Judkins, James Pace Judkins II, and Jessa Judkins, all of Oxford.  His aunt, Lometa Judkins (TX), his sister-in-law, Peggy Judkins (IN); nieces Tina Judkins Robinson (Brian), Michelle Judkins Baily (Clyde), and nephew Tony Judkins (Sherry), all from IN.  He is also survived by a very special group of first cousins in TX and IN, whom he loved dearly. He is also survived by his loving church family and a host of friends.

He was preceded in death by his son, James Pace “Jamie” Judkins, his parents, two brothers, Bobby Judkins and Gary Judkins; his father and mother in law, Roy and Roberta Smith Pace, and eight aunts and four uncles.

His kindness to others, his sense of humor and his optimistic outlook on life will long be remembered by those who knew him, and who will mourn his passing.

Visitation will be Saturday, Feb. 5 beginning at 12:00 pm until service time.  The funeral service will be at 2:00 pm.  Both of these will be held at Tate Baptist Church with military honors. Bro. Mickey Trammel will officiate the service. Burial will be in Henry Cemetery. Magnolia Funeral Home is entrusted with these arrangements. Pallbearers are Bro. Joe Spencer, Ricky Cox, Douglas Mason, Bobby Anderson, Ryan Lawson, Cory Swain, John Judkins and Pace Judkins. Honorary Pallbearers are the Jack Stewart Sunday School Class members, Ron Rossi, and Sammie Carmichiel.

For those who wish to give a memorial, in lieu of flowers, the family request a donation to Tate Baptist Church Building Fund, 1201 N. Harper Rd., Corinth MS; or St. Jude’s Cancer Research Hospital, 501 St. Jude Place, Memphis, TN 38105.

To order memorial trees or send flowers to the family in memory of Guy Leslie Judkins, please visit our flower store.