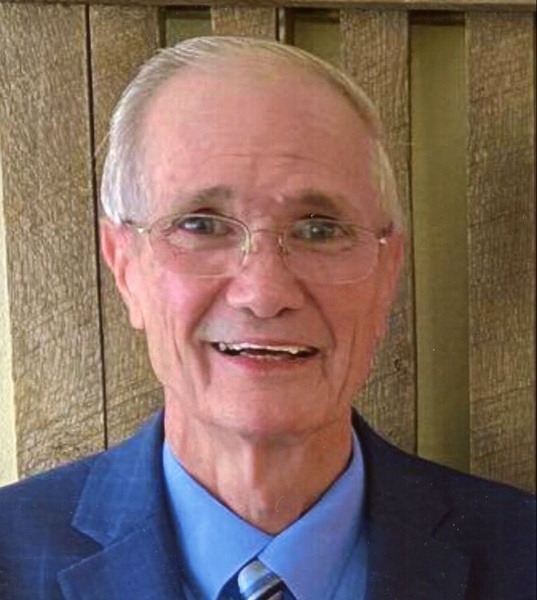 James O. Embrey, 73, of Corinth, passed away on Thursday, January 27, 2022 at his residence.  He was born in Golden, MS on September 1, 1948 to the late Kennieth and Lucy Embrey and worked as a tinsmith for C & D. Jarnagin. James was a member of the Iuka First United Pentecostal Church where he was on the Board of Trustees for over 45 years and served in various other capacities. He was a local licensed minister with the United Pentecostal Church International. He was also a member of the Sons of Confederate Veterans, Sons of the American Legion: Perry Johns Squadron 6, and the U.S. Veterans and Family Honors team. James was drafted into the Vietnam War, but was classified 4F because of a heart murmur. He was highly knowledgeable about the Civil War, both World Wars, and most other military conflicts. He loved his country fiercely and wanted to give back. His greatest honor was playing “Taps” on his bugle at hundreds of military funerals across the area. James was an avid collector of many things, but among his favorites were guns, bicycles, brass musical instruments, and jokes. He loved his church, his pastor, and the Pentecostal truth. He was extremely proud of his four daughters and his only granddaughter, along with his many grandsons and great-grandsons. It should also be noted that he was a Ford man. He will truly be missed. Visitation is scheduled from 5-8 pm Saturday, January 29, 2022 and from 12-2 pm Sunday, January 30, 2022 at Iuka First United Pentecostal Church with a Celebration of Life service to follow at 2 pm officiated by Rev. Dewayne Kirk, Rev. Larry Cooksey, and Rev. William Lambert. Pallbearers include Lance Luttrell, Jeremy Luttrell, Joshua Luttrell, Reily Grissom, Connor Grissom, Anna Reyes, Dakota Hale, and Mason Winters. Interment with military honors will follow in Joel Cemetery. Magnolia Funeral Home – East is entrusted with the arrangements. Those left to honor James’s memory include his wife of 32 years, Shirley Embrey; his daughters, Christy Grissom (Brian), Rachel Embrey, Darlene Donaldson (Robert), and Jamie “Carrie” Reyes; his grandchildren, Lane Luttrell, Lance Luttrell, Jeremy Luttrell, Joshua Luttrell (Kristen), Alex Grissom, Reily Grissom, Connor Grissom, Anna Reyes, Jackson Reyes, Dakota Hale, Ethan Donaldson, and Evan Donaldson; his great grandchildren, Rylen Smith, Alfie Luttrell, and Arlo Luttrell; his brothers, Frankie Embrey (Paulette), and Larry Embrey (Sharon); nephews: Jody Embrey (Shirley) and Stephen Embrey (Tonya); other relatives and a host of friends. Online condolences may be expressed at magnoliafuneralhome.net.

To order memorial trees or send flowers to the family in memory of James O. Embrey, please visit our flower store.