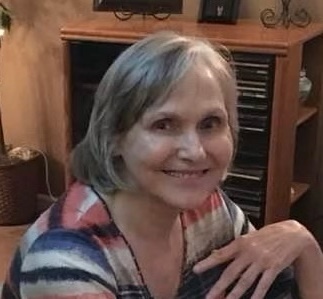 Memorial service for Joan Stanford Waddell, 79, of Memphis, TN is set for Friday, August 12, 2022 at 11am at Magnolia Funeral Home – EAST with Pastor Gary Cosby officiating. Visitation will be Friday, August 12, 2022 from 10am until service time at Magnolia Funeral Home – EAST. Born October 14, 1942 in Florence, AL,. Joan passed away on Sunday, August 7, 2022 at Baptist Memorial Hospital East in Memphis, TN. She was of the Christian faith and enjoyed working in her flower garden, hiking, anything to do with the outdoors and  playing cards with her friends. Joan loved her family and friends and treasured spending time with them. She was a computer programmer for Aluma- Form and a 1961 graduate of Corinth High School. Joan is survived by her son, Heath Waddell and wife Kelley; 2 grandchildren, Haddie Waddell and Lawson Waddell; brother, Ben Stanford and wife Dianne; sister, Carolyn Street and husband Hal; nieces and nephews, Joni Posey and husband John, Julie Cleveland and husband Mike, Wray Cox, Jr. and wife April, Janna Cox, Tammy Boman and husband Ed, Penne Cryer and husband John, Destin Solomon and husband Mark, June Jacobs and husband Brian and Reeves Street; other relatives and a host of friends. She is preceded in death by her father, Hubert Stanford; mother, Lula Martin Stanford; her twin sister, Jean Williamson. Magnolia Funeral Home is honored to serve the family of Mrs. Joan Stanford Waddell.

To order memorial trees or send flowers to the family in memory of Joan Stanford Waddell, please visit our flower store.