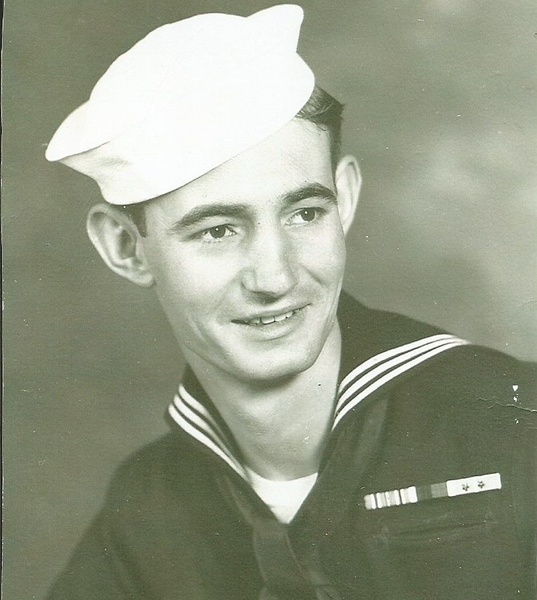 A Celebration of Life service for Joseph Maurice “Joe” Hardin, 92 of Tupelo, will be Monday, January 3, 2022 at 2:00 P M at Magnolia Funeral Home – South Chapel with Military Honors. Interment will follow at Magnolia Gardens. Bro. David Smith will officiate the service. Visitation will be Monday, January 3, 2022 from 1:00 P M until service time at Magnolia Funeral Home – South. Mr. Hardin passed away Tuesday, December 28, 2021 at the Sanctuary Hospice House. He was born August 30, 1929 to the late Mary Lou and C.C. Hardin. He was a loving and devoted husband, father, son and brother, whose family came second only to God. Joe was honored to serve his country in the Korean War; serving on both the USS Wasp and the USS Leyte. While in the Navy, his travels took him around the world twice. After serving his country, he joined the VFW and has been a member since. He was also a member of the American Legion. He joined Harrisburg Baptist Church in 1974. He was a 32nd degree Shriner with a 33rd Honorary Degree. He retired from Tri-State Mack Distributors after 50 plus years of employment. Joe enjoyed most of all spending time with his family and friends. He was loved and respected by all and admired for his honesty and loyalty. A kinder soul could not be found as he was always finding opportunities to help others. Joe is survived by his beloved wife of 57 years, Louise Hardin; his 2 daughters, Dana Hill (Ray) and Karen Hardin-Kemmesat; his brother, Nathan Hardin; 4 grandchildren, Marie Tackett (Nathan), Marley Rumbarger (Rudy), Leann Jones (Chris) and Amanda Rainbolt; 5 great grandchildren, Reid Tackett, Walker Tackett, Caitlyn Jones, Reese Jones and Parker Rumbarger. He was preceded in death by his parents; his daughter, Dawn Hardin-Watson; his brothers, George, Billy and Toby and his sister, Eunice Holloway. Pallbearers will be the Military Honor Guard. Honorary pallbearers will be Reid Tackett, Walker Tackett, Leroy Carver, Steve Clayton, Chris Jones, Mike Pettigrew, Ray Hill, Nathan Tackett and Rudy Rumbarger. Magnolia Funeral Home has been honored to serve the family of Mr. Joseph Maurice “Joe” Hardin.

To order memorial trees or send flowers to the family in memory of Joseph "Joe" Hardin, please visit our flower store.