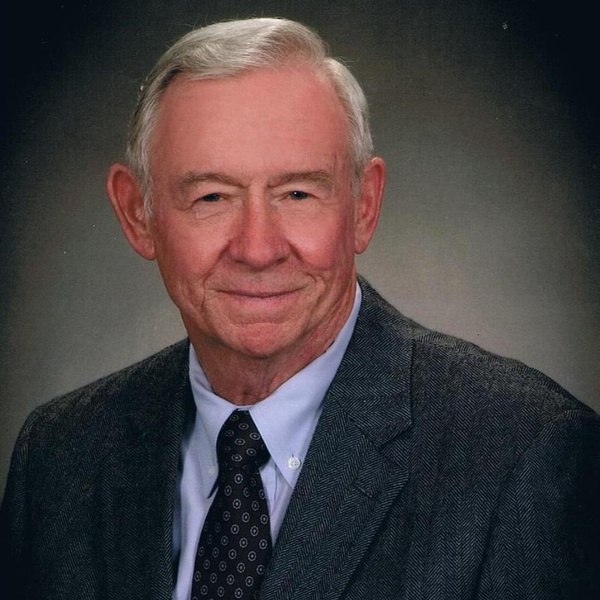 A Celebration of Life service for Okey Wayne Thornton, 80, of Corinth will be held on Saturday, March 6, 2021 at 2:00pm at First Baptist Church in Corinth, with interment to follow at Henry Cemetery. Bro. Dennis Smith will officiate the service. Visitation will be held on Saturday, March 6, 2021 from 12 noon – 2:00pm at First Baptist Church of Corinth. MASKS will be required per family request. Mr. Thornton died peacefully on Saturday, February 27, 2021 at Magnolia Regional Health Center. He was born October 29, 1940 in Frankford, MO to Okey and Ruth Thornton. He graduated from the University of Missouri in 1962 with a BSME, and took a job with Allis-Chalmers, specializing in hydraulic engineering. He was on the design team for the hydraulic systems of the HD41 bulldozer, the “largest bulldozer in the world” at that time. After a brief job with Dart, he felt the Lord called him to take a job with Tyrone in Corinth, MS. He had visited Corinth while working for Allis-Chalmers, in the 1960’s, but never thought he would end up spending most of his life there. At Tyrone, he was chief applications engineer, or the “sacrificial goat” as he called it, who would go out to solve customer problems. He was also assigned to oversee all new applications based on what they had learned from past problems. Tyrone was the leader in hydraulic pumps in the construction machinery industry in the 1980’s. In 1983, he and Diane Dunn started Hydraulic Analysis, Inc. In 1990 they decided to manufacture their own line of hydraulic pumps and motors, and in 1992 formed Geartek, Inc, which has grown into a thriving, international business, in Corinth, MS. He was regularly involved in its operations up until his passing. Okey also enjoyed boating, camping and Friday game nights with his friends and family. He loved spending time with his grandchildren and great-grandchildren. He was very involved in his community and served several years in the Kiwanis Club of Corinth, becoming president and always enjoying serving at the Pancake breakfasts. He was a member of Oakland Baptist Church for many years and was currently a member of First Baptist Church of Corinth. He is survived by his wife of 60 years, Wilma Jean Thornton of Corinth; his children Doug Thornton and wife Michelle of Hernando, MS and Annette Villaflor and husband Greg of Corinth; grandchildren, Nathan Thornton and wife Kaylee, Nicole Thornton, Nicolas Thornton, Daniel Villaflor, Justin Villaflor and Grace Villaflor; great-grandchildren, Bentley, Thornton, Addi Thornton and Reid Thornton; sister, Sharon Thomas of Louisiana, MO; many nieces, nephews, other relatives as well as many, many friends. He is preceded in death by his parents, Okey and Ruth Thornton and his great-grandson, Jaxon Tyler Thornton. Pallbearers will be Jerry Miller, Derrick Dunn, Daniel Villaflor, Nicolas Thornton, Justin Villaflor, Nathan Thornton and Steve Thompson. In lieu of flowers the family request memorial donations be made to First Baptist Church of Corinth. Magnolia Funeral Home is honored to serve the family of Mr. Okey Wayne Thornton. The service will be live-streamed on First Baptist Church Facebook page Saturday at 2:00 pm. https://www.tributeslides.com/tributes/show/2GGJ3WSDDXJ7JM9Q
To order memorial trees or send flowers to the family in memory of Okey Wayne Thornton, please visit our flower store.