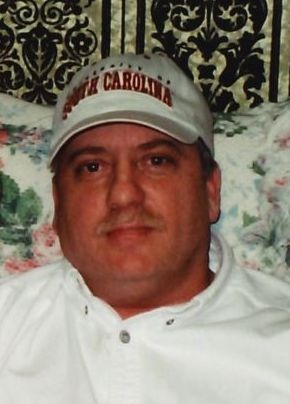 Robb Marlar, 67 of Corinth, MS, passed away Tuesday, July 26, 2022 at Magnolia Regional Health Center.  Public visitation will be Friday, July 29, 2022 from 11:30 A M to 1:30 P M at Magnolia Funeral Home – East.  The family will have a PRIVATE  SERVICE with Bro. Nathaniel Bulland and Bro. Malcomb Garrett officiating. Interment will follow at Farmington Baptist Church Cemetery.  Mr. Marlar was born in Greenville, South Carolina on October 13th, 1954, to Billy and Jo Anne Marlar. His father was in the U.S. Air Force, and therefore, he along with his twin brother, Sam Marlar, and his mother, had the opportunity to call many places home. A few of these places included South Carolina, Florida, Georgia, and the Philippines.

As a child, Robb enjoyed activities such as drawing and artistry, building model airplanes, and reading. Robb spent many summers at the beach with his mother and twin brother. He excelled in football and served as the receiver for Roseville High School, where he led the Tigers with 19 catches for 254 yards and 2 touchdowns.

Robb graduated from Roseville High School in Roseville, California in 1973. He received many scholarship opportunities for his superior athletic abilities. Upon graduating, he pursued his college career and graduated with honors from both Northeast Mississippi Community College and the University of North Alabama.  Robb adored music and recorded a studio album along with his twin brother, Sam, in Nashville, TN. He went on to bear a daughter, whom he loved dearly.

In 1995, Robb met the love of his life, Buffi Marlar. They went on to marry in March of 1996, and shared 26 devoted years together. He had a passion for golf and always made sure to include Buffi in everything he was passionate about. This included their love of the beach, golfing, walking, and binging their favorite T.V. show “Everybody Loves Raymond.” Robb leaves behind his wife, who through him, was able to experience true love, purity, and devotion.

Robb was a devout Christian, who enjoyed reading the Bible and studying the Greek language. He believed it was extremely important to honor God in everything he did, and was very open about his love for Christ. He will be missed dearly by all who loved him and his family will continue to honor his legacy.

In addition to his wife, Robb is also survived by his daughter, Tiffany Kimbrow; 4 grandchildren, Gabby Kimbrow, Evie Kimbrow, Eli Burdette and Jaylin Cobb; his step daughter, Krista-Shea Nicole McGee; several nieces, nephews, other relatives and a host of friends.  He was preceded in death by his father, Billy Ferrell Marlar; his mother, Jo Anne Rogers Marlar and his twin brother, Sammy Marlar.  Pallbearers will be Matthew Marlar, Cody Hinds, Bobby Jenkins, Cody Anderson, Branden Hinds and Rickey Hinds.  Honorary pallbearers will be Nathan Marlar and Marvin Horne.  Magnolia Funeral Home has been honored to serve the family of Mr. Robb Marlar.

To order memorial trees or send flowers to the family in memory of Robb Marlar, please visit our flower store.