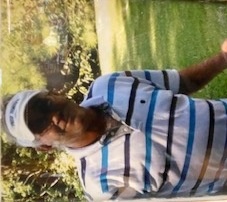 Robert "Robbie" Eugene Meter, 73 of Counce, TN passed away on Thursday, March 10, 2022 at his home.  The family will have a memorial service at a later date to be announced. Born October 25, 1948 in Memphis, TN., Robbie was the retired owner of R and B Barbeque in Counce. He was a U.S. Army Veteran and a member of 1st Baptist Church of Counce. Robbie is survived by his wife of 27 years, Jean Meter; sons, Beau Robert Meter, Brodie Heath Meter and wife Chelsea, Keith Schumann and wife Joann, Kirk Schumann and Richie Cordell; 7 grandchildren; brother, Gary Lewis Meter and wife Katrina; other relatives and a host of friends. He is preceded in death by his father, Grover Meter and mother, Helen Smith Meter. Magnolia Funeral Home is honored to serve the family of Mr. Robert "Robbie" Meter.

To order memorial trees or send flowers to the family in memory of Robert "Robbie" Meter, please visit our flower store.