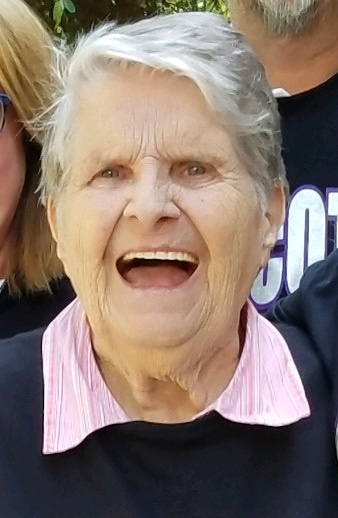 Shirley A. Borden, 90, of Glen, MS passed away on Monday, March 21, 2022 at her daughter’s residence.  She was born in Michigan on July 25, 1931 to the late Oren and Edna Lovell Marcotte and was co-owner of Country Kitchen in Corinth where she worked as waitress/cook for several years. Shirley will forever be remembered in the hearts of those she loved. Magnolia Funeral Home – EAST is entrusted with the arrangements. Those left to honor Shirley’s memory include her husband, Charles A. Borden; her children, Pamela Shellnut (Michael), Deborah Speight, Denise Coon, Patsy Johnson, and Petey Borden; 7 grandchildren; 10 great grandchildren, 4 great, great grandchildren; her son-in-law, Dale Patrick; other relatives and many friends. In addition to her parents she was preceded in death by her son, Joey Coon; her daughter, Janis Marie Patrick; her son-in-law, Dennis Speight; her brothers, Oren, Gordon, Robert, William, Kenney, Gene, Joe, Charlie, and Tom; her sisters, Gen, Betty, and Edna. Online condolences may be expressed at magnoliafuneralhome.net.

To order memorial trees or send flowers to the family in memory of Shirley A. Borden, please visit our flower store.