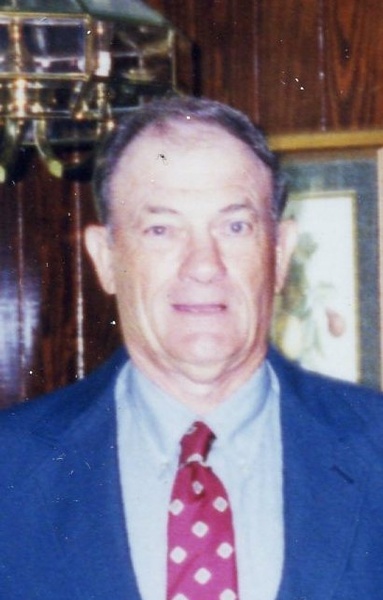 A Celebration of Life Service for Willie Edward "Ed" Nelms, 85 of Corinth, MS, will be Friday, June 17, 2022 at 2:00 P M at Magnolia Funeral Home – East Chapel with Military Honors with interment to follow at Shiloh Cumberland Presbyterian Church Cemetery.  Bro. Lamar Chamblee will officiate the service.  Visitation will be Friday, June 17, 2022 from 1:00 P M until service time at Magnolia Funeral Home – East.  Mr. Nelms passed away Tuesday, June 14, 2022 at his residence.  He was born January 18, 1937 in Corinth, MS to Cranford Nelms and Lillie Rogers Nelms.  He was a 1957 graduate of Kossuth High School and was of the Baptist faith.  He retired from Intex as a machine operator.  Mr. Nelms was an independent, private man.  A huge Ole Miss fan, he was a man of few words, but when he spoke, one listened.  He found happiness in hard work.  After his retirement, he enjoyed working outdoors in his vegetable garden and yard and various carpentry projects.  His constant companion was his dog, Boo.  Every Saturday, except for rainy ones, he and Brenda went for a drive.  Both he and Brenda loved helping their grandson and his family.  Ed is survived by his wife of 56 years, Brenda Lane Nelms; his grandson, Tracy “T.J.” Wilson, Jr. and wife Erika; 3 great grandchildren, Harlie Wilson, Heidi Wilson and Houston Wilson; his sisters, Nadine Derryberry and Bertha Lawson; numerous nieces, nephews, other relatives and a host of friends.  He was preceded in death by his daughter, Kimberly Lane Wilson; his father, Cranford Nelms; his mother, Lillie Rogers Nelms; his brothers, Walter Nelms (Addie) and Grady Nelms (Marsha); his sisters, Lola Ashcraft (Leroy), Vera Dixon (Joe) and Lottie Nelms; his brothers-in-law, Eddie Derryberry and Pete Lawson.  Pallbearers will be Scott Coleman, Joe Coleman, Bill Phillips, Cory Crum, Will Phillips, Kenneth Essary and Dustin Wilson.  Magnolia Funeral Home has been honored to serve the family of Mr. Ed Nelms.

To order memorial trees or send flowers to the family in memory of Willie Edward "Ed" Nelms, please visit our flower store.

Celebration of Life With Military Honors